Thank you to everyone who submitted work to Augmented Humans 2020!

Earlier this week, review requests were sent out to all program committee members. We received a total of 75 submissions – after a quick quality check, 69 of these are currently being reviewed for the paper track. Submissions were from all over the world: Australia, China, Denmark, Finland, Germany, Japan, the Netherlands, New Zealand, South Korea, Sweden, Taiwan, United Kingdom, and United States. As in past years, Japanese researchers submitted the most papers. However, this year they are closely followed by submissions from Germany. The USA comes in as a solid third in number of submissions.

The deadline for this year’s conference was very early in the year. Also, we postponed the deadline to avoid collision with the CHI camera-ready deadline. We were curious how these factors influenced when people submitted their work, so we decided to take a closer look. We received one submission on December 23rd. Then there was a cluster of early submissions between January 3rd and January 9th. After 4 days of radio-silence from authors, papers started streaming in after January 13th (~6k minutes until deadline). The closest call was made by two separate papers which were both uploaded 6 minutes before the deadline. The following graph plots submission number vs minutes until the deadline: 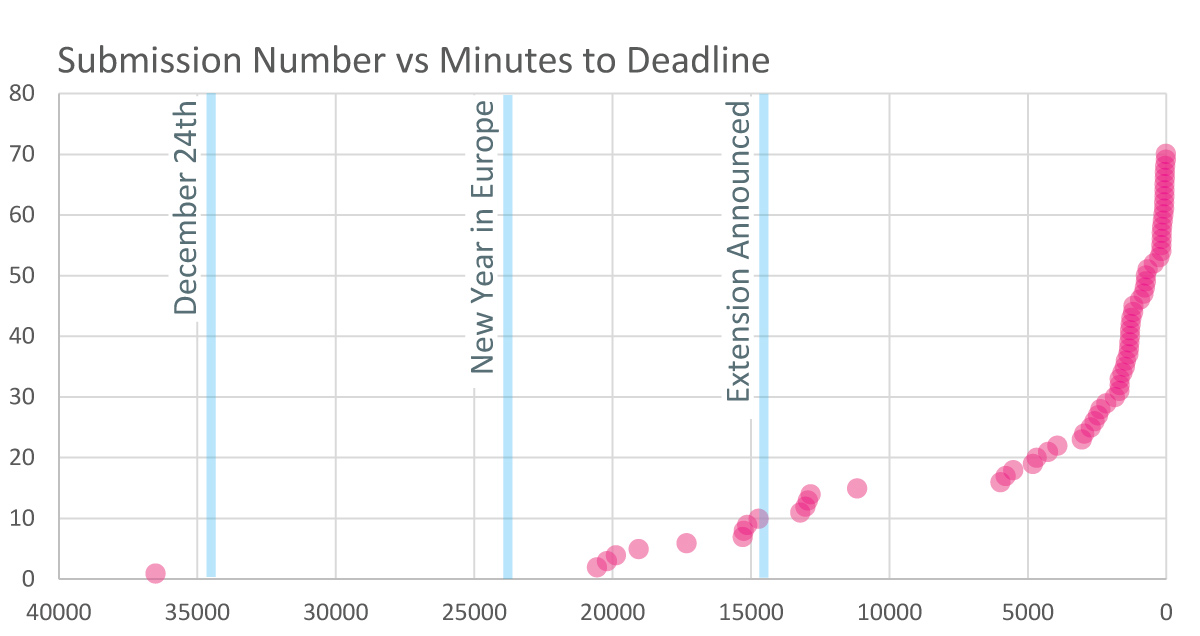 If you’re thinking “Hey, that looks like a log-function” you’d be completely correct. We plotted the same data again on a log scale, which both shows how closely this data matches a log function as well as providing a better overview of the last hours before submission: 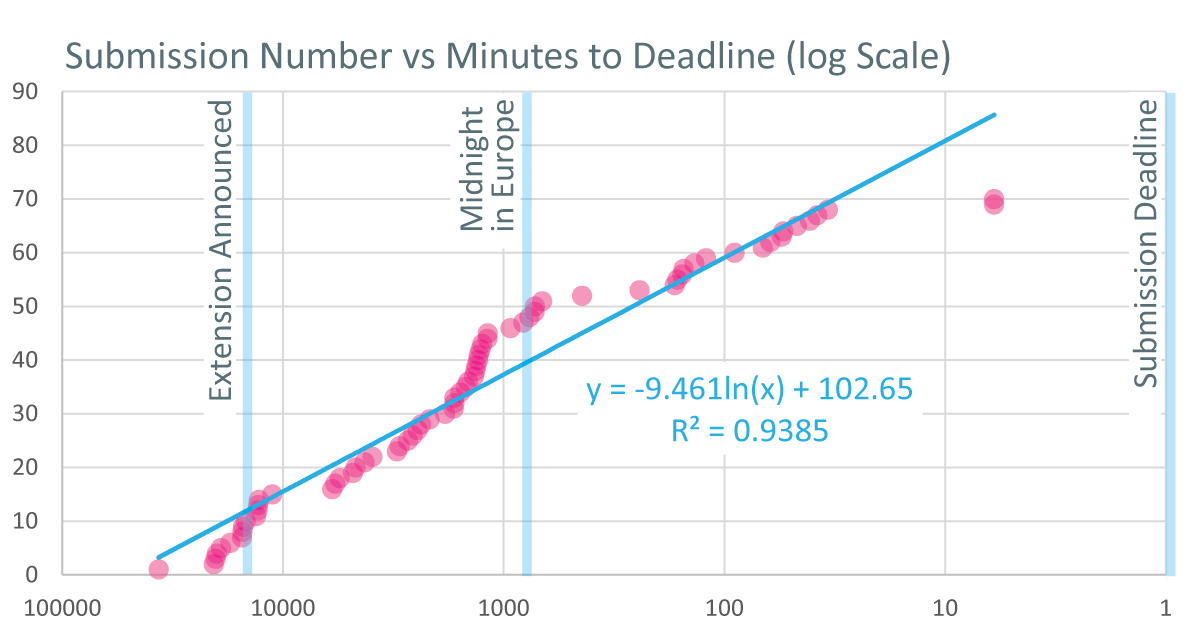 So right now, the program committee is super busy reviewing your papers. Authors – as well as us program chairs – have little to do now, but wait for them to complete their hard work (thanks again, dear committee members!).

I hope you’ve enjoyed this mini insight into the submission process. At the latest, you’ll hear from us program chairs again once the reviews are in and we’ve sent out the decisions.